Carsnip has topped off its fastest year of growth to date by achieving an 800,000 car listings milestone during the last month of 2017.

The online car search engine reported that it was listing 800,000 cars through its platform across much of December 2017, nearly double the number available on its “next biggest rival”.

It also clais to represent more than half of the country’s car dealers on its site.

Carsnip chief executive Alastair Campbell said: “Ever since we started the aim has always been to create an online marketplace with the greatest possible choice for buyers and sellers.

“That means having more cars than anywhere else! That’s where most of our efforts in technology, time and investment have gone into as a result and now it’s paying off as we’re closing in on a million individual listings.

“For dealers, more choice means more potential buyers, so that’s faster sales for better prices. Our growth shows that demand is there among drivers for a new way of buying and selling cars.

“We’re giving people what they want – a simpler way to find the right car faster through car search that’s tailored to them.”

“We’re scaling up our team and infrastructure so we can keep growing at a sustainable rate. We’ve doubled the size of our team in a year and we’re planning to launch lots of new features for dealers and drivers using our site over the coming months.”

Article originally appeared on AM Online. 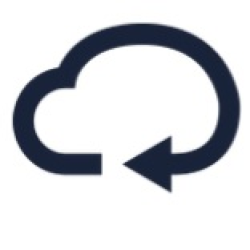